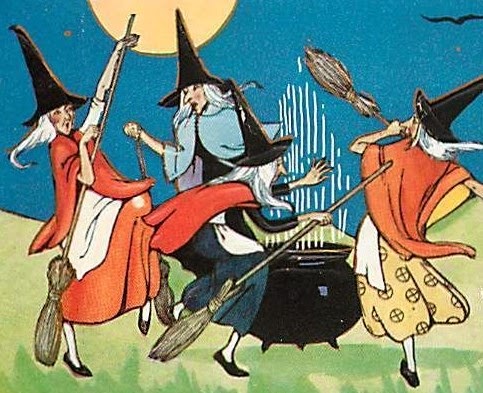 If you're looking for a fun casserole to make for your Halloween party or dutch oven gathering, this recipe from Campbell's is surprisingly easy, somewhat creepy, very filling and good.  You do need to cook the pasta ahead of time but if you're assembling it away from home, all you have to do is drain it, toss it with a little olive oil and transport it in a zip lock bag or plastic container.  In my 12 inch dutch oven, the casserole baked with 12 coals in a ring around the base of the oven and 28 briquettes on the lid.  In 20 minutes it was bubbling, steaming and ready for it's 'eyeball' topping.  Add cooked Italian sausage or sauteed mushrooms to the pasta for an even heartier meal.  Kids of all ages will love this kooky dish and it's a tasty way to warm your belly before heading out to trick or treat with your hobgoblins.  Have a spooky and safe Halloween!

Lightly oil or spray 12 inch dutch oven.
Mix 1 1/2 cups of the sauce, ricotta cheese, 1/2 cup Parmesan cheese and pasta in prepared dutch oven.
Spread the remaining sauce over the pasta mixture.
Sprinkle with the remaining Parmesan cheese.
Bake at 400 degrees for 20-25 minutes or until hot and bubbling.
Arrange the cheese balls randomly over the pasta mixture.
Place a sliced olive on each cheese ball.
Cover and let cook for 3-5 minutes or until 'eyeballs' have melted slightly.
Makes 8 servings.
﻿﻿ 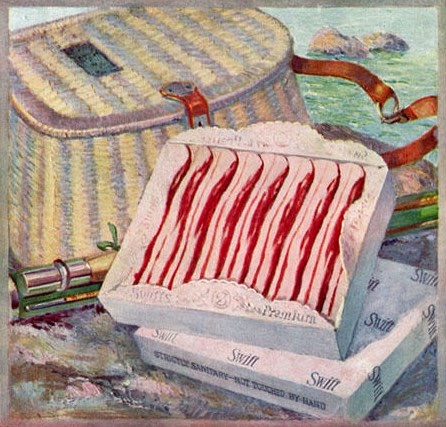 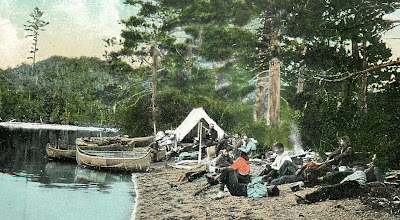 I mulled this recipe from Hillshire Farm over for a while, wondering if it might be a little too basic and not to every one's liking.  I love cabbage in any way, shape or form, especially sauerkraut and if you use the good, refrigerated variety that comes in a two pound bag, it really makes a difference.  This is a good camping recipe with few ingredients and easily assembled.
I baked the casserole in my 10 inch deep dutch oven with 10 coals in a ring around the bottom, 15 around the edge of the lid with 6 briquettes spaced evenly in the center.  I used  a 12 oz. package of Grands Jr. Buttermilk biscuits, if you want to use the regular Grands, just be sure you're using a larger or deeper oven, I have found they sometimes fuse to the lid in a regular 10 inch oven when used as a casserole topping.  I forgot to buy Swiss cheese and substituted with Cheddar, the Swiss will probably remind you more of a Reuben sandwich.  Butter the biscuits and serve it with a bold and spicy mustard for a hearty, camper's, one pot dinner.