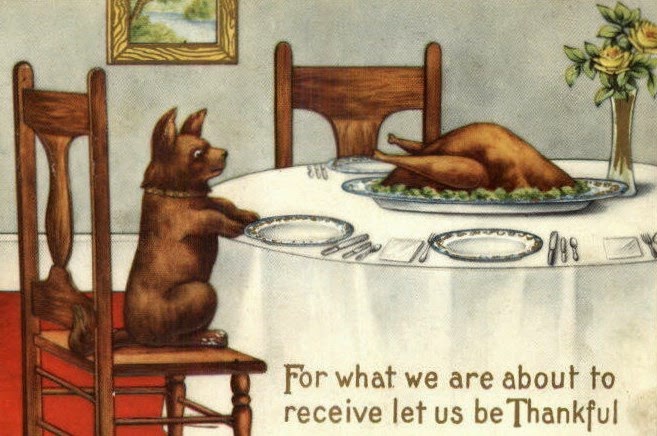 Since I am not fortunate enough to own a large, deep Maca dutch oven, I have been searching for a long time for a way to roast a turkey in my regular 14 inch oven.  This recipe from Better Homes and Gardens seemed to suit my needs perfectly and I was more than happy with the results.  Starting out, I looked at this venture as more of an experiment and thought it might take me several attempts to get it right.  I always buy a fresh bird for Thanksgiving but since turkeys are cheap and plentiful right now I opted for a 10 pound frozen one for under seven dollars, a minor investment for my first try.
After thawing the turkey in the fridge for three days I was ready for the first and most challenging step, slicing the bird into two equal halves.  I unwrapped and washed my Tom then with a sharp pair of kitchen shears, easily carved out the backbone.  Hacking the breastbone in two proved to be more difficult, you'll need a large knife and a bit of leverage to slice through the bone.  If you don't feel like wrestling with your uncooked bird, ask your local butcher to halve it for you.
You definitely need a 14 inch or larger dutch oven if you are going to roast both halves of the turkey together, the deeper the oven the better.  You can probably get away with roasting one half in a 12 inch oven, so use two ovens if you are roasting a whole bird.  Also, you may have to tuck the vegetables around the turkey to allow more space between the bird and the lid of your oven.
The trickiest part of roasting a turkey in a dutch oven is finding a way to brown and crisp the skin.  I decided to brown the bird under high heat right from the start then lower the temperature to allow it to simmer and braise in it's own juices.  In my 14 inch dutch oven I began with 14 coals in a ring around the bottom, with 4 briquettes placed in the center.  I covered the lid with 38 briquettes and didn't even raise the lid until it was time to replenish the coals.  After one hour and 15 minutes I tossed out the old coals and placed 14 newly lit coals in a ring around the base of the oven with 20 briquettes placed around the edge of the lid.  I let the turkey simmer and cook for another 45 minutes, or until it was done.  At this point I also started cooking the vegetables so everything was ready to serve at the same time.
This recipe may seem like a lot of work but it's mostly in the preparation, once you place your oven on the coals the rest is easy.  The end result was a moist, juicy bird, flavored with lemon and thyme.  The buttery skin was golden brown and deliciously crispy.  So don't be intimidated like I was, put your fears to rest, fire up your coals and amaze your friends and family this year with a wonderfully roasted dutch oven turkey.

Remove neck and giblets from turkey: discard.
Rinse turkey; pat dry with paper towels.
Place turkey, breast side down, on cutting board.
Using kitchen shears, make a lengthwise cut down one side of backbone, starting from the neck end.
Repeat on the other side of the backbone, remove and discard backbone.
Turn turkey, cut side down.
Flatten turkey as much as possible with your hands.
Using kitchen shears or a large, sharp knife, carefully cut through the entire breastbone, creating two equal halves.
Lightly oil or spray dutch oven.
Place onions, lemons, celery, thyme sprigs and garlic in single layer in prepared oven.
In a medium bowl combine butter, snipped thyme, lemon peel, lemon juice, shallot, oil, salt and pepper.
Rub herb-butter mixture over turkey on all sides, massaging some of the mixture underneath the skin.
Place turkey halves, skin side up, on top or among vegetables in roasting pan.
Roast at 375 degrees for 1 1/2 to 2 hours or until thermometer registers 175 degrees F. (The juices should run clear and drumsticks should move easily in their sockets.)
Remove from oven, let stand for 15 minutes before carving.