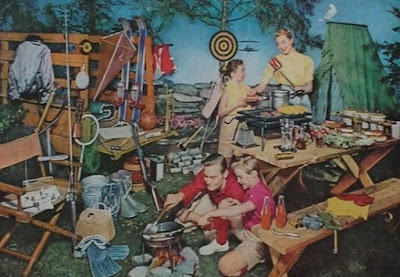 Now that the dog days of summer have officially passed, it is high time I dust off my iron pots and get back in the swing of outdoor cooking.  I have had this recipe stashed away for years, you can find many versions of it online and also on the King's Hawaiian Roll website.  I don't often cook in foil in my dutch ovens but thought this would be a good recipe to assemble in advance at home, tuck into your cooler and bake at your destination.  In my 12 inch dutch oven, the sandwiches baked for a total of 30 minutes with 10 coals in a ring around the bottom of the oven with 20 spaced evenly on the lid.  I can see why this recipe is so popular, the sweet, buttery, pull-apart sandwiches would be a great party appetizer or tasty lunch for just a few campers.  For a crowd, make a double batch and bake them side by side in your 14 inch oven.

Using large serrated knife, cut the entire pack of rolls in half, horizontally (keeping all top and bottom halves separately intact).
Melt butter; add Worcestershire sauce, poppy seeds, mustard and minced onion.  Mix until well combined.
Place rolls on large sheet of aluminum foil.
Drizzle half of butter mixture over bottom half of sliced rolls.
Cover with layers of ham and cheese.
Cover with top half of rolls.
Drizzle top half of rolls with remaining butter mixture, making sure the minced onions are evenly distributed.
Seal sandwiches securely in foil packet.
Can be baked right away or refrigerated for up to 24 hours.
Bake in 12 inch dutch oven at 350 degrees for 15-20 minutes.
Open foil and bake for 5-10 minutes more or until rolls are lightly browned.
Enjoy while warm, either cutting or pulling sandwiches apart before serving. 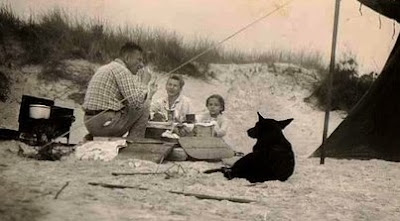 While blueberries are cheap and plentiful, run out and buy the ingredients you need to make this wonderful cake.  That being said, I am giving you the original recipe from Kraft but I substituted a plain white cake mix with a Duncan Hines Golden Butter mix I had in the pantry.  The big difference is that the Golden Butter mix is made with 7 tablespoons of softened butter in place of the usual vegetable oil.  Needless to say, the cake was very rich.  The cake baked for a total of 30 minutes with 12 briquettes in a ring around the bottom of the oven, 16 coals placed in a ring around the outside of the lid with 9 more placed in a second smaller ring around the center.  Take a peek halfway through cooking time to make sure the cake is not browning too quickly.  Light, crunchy and overflowing with berries, every bite will remind you of a warm, summer's day. 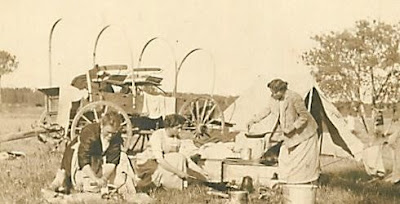 Mr. Food brings us this peachy little casserole, it's easy to assemble and perfect for dutch oven cooking.  To streamline the process, prep your ingredients at home, store them in zip lock bags and pop them in your cooler.  If you make the noodles ahead of time, add a dash of olive oil after you've drained them to prevent clumping.  You can even stir the ingredients together right in your oven.  In my 10 inch dutch oven, the casserole baked for a total of 40 minutes with 10 coals in a ring around the bottom, 14 placed in a ring around the outside of the lid with 6 more briquettes spaced evenly in the center.  I doubled the amount of crushed chips but if you prefer a crumb topping, toss panko breadcrumbs with a little melted butter and sprinkle over the noodle mixture just before baking.

Lightly oil or spray 10 inch dutch oven.
In a large bowl, combine all ingredients except potato chips; mix well.
Spoon mixture into prepared dutch oven and top with crushed chips.
Bake at 350 degrees for 35-40 minutes or until golden and heated through.
Makes 4-5 servings. 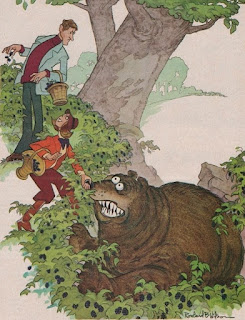 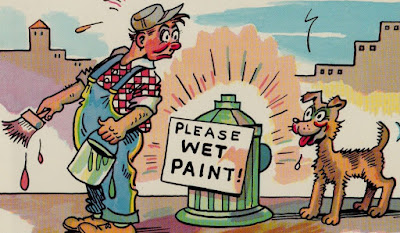 I must confess,  I was drawn more to the name of this recipe than it's ingredients.  Posted on Allrecipes, it's a filling campfire casserole that can be altered to your liking.  In my 10 inch dutch oven, the beans baked for one hour, undisturbed, with 10 coals in a ring around the base of the oven and 20 on the lid.  Almost better the next day, it's an easy and inexpensive way to feed your hungry campers and be sure to pack a slotted spoon for serving.

Lightly oil or spray dutch oven.
Combine all ingredients in prepared oven.
Bake at 350 degrees for one hour or until hot and bubbly.
Makes 6-8 servings. 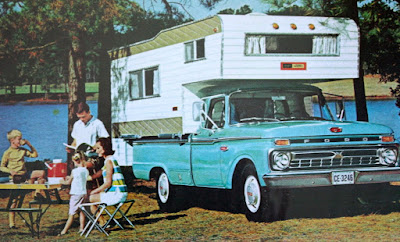 Mr. Food brings us this easy, kid approved, one-pot meal that is ideal for camping and surprisingly good.  If you want to spice it up a bit, use Mexicorn and tomatoes with green chilies and if you're worried about the salt, Ortega now makes a low-sodium taco spice mix.  I browned the beef and onion in my 10 inch dutch oven over a full compliment of coals.  After adding the remaining ingredients I covered the oven with 14 coals on the lid and let it simmer for 25 minutes until the pasta was tender and most of the liquid was absorbed.

Lightly oil or spray dutch oven.
Saute beef and onion over a full compliment of coals until beef is brown and onion is tender.
Add remaining ingredients, mix well, making sure pasta is completely submerged in liquid.
Simmer at a strong bubble for 25-30 minutes, stirring halfway, until pasta is cooked and most of the liquid is absorbed.
Makes 4 servings. 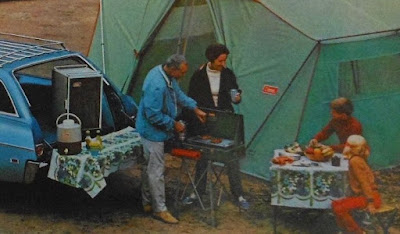 For a fun and tasty change, this Polka Dot Pasta 'Pizza' from Hunt's uses small shell pasta as it's crust in place of dough. Quick and convenient, if you prepare the pasta beforehand, it can be assembled in a matter of minutes.  If you decide to prepare the pasta ahead of time, add a few dashes of olive oil to it after cooking to prevent it from sticking.  In my 12 inch dutch oven the 'pizza' baked for a total of 30 minutes with 12 briquettes around the base of the oven and 26 spaced evenly on the lid.  Be sure to oil your dutch oven well and allow the 'pizza' to rest for about 15 minutes before serving.
\
Polka Dot Pasta 'Pizza'
10 oz dry small shell macaroni, uncooked (about 2/3 box)
4 eggs
1 cup grated Parmesan cheese
1/4 tsp ground black pepper
1 24 oz can or jar pasta sauce
2 cups (8 oz) shredded part-skim mozzarella cheese
30 slices pepperoni