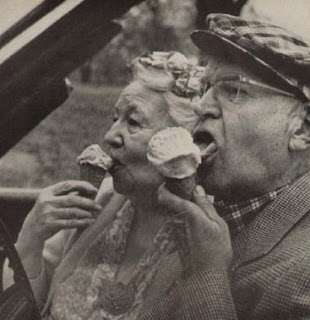 I wish you could have been with me in my backyard when I made these so you could have tasted one of these indescribably delicious cinnamon rolls.  I have had my eye on this recipe from Tasty Kitchen for a while now but was waiting for a special occasion to make them.  Easter morning seemed like the perfect time to throw the diet out the window and splurge in a big way.  Without a doubt these are one of the most scrumptious things I have ever eaten.  I took the frozen cinnamon rolls out of the freezer at 4:00 in the morning and placed them in my well oiled 12 inch dutch oven.  By the time I got home from church they had doubled in size and were ready for their caramel bath and the hot coals.  They baked in 20 minutes with 12 briquettes in a ring around the bottom and about 28 on the lid.  They did start to brown a bit as the dough was rising so keep a close watch on them.  When I saw the steam pouring out of the oven and was bowled over by the scent of cinnamon and freshly baked dough I knew they were ready.  Be sure to frost them, it really puts them over the top.  If you want to make these away from home, don't worry about the ice cream, just spoon a cupful in a container and keep it in your cooler, it won't make a difference if it's melted.  Follow the directions on the package for thawing the rolls and don't be alarmed by how much caramel you are pouring over the dough, most of it will be absorbed while they are baking.  Oh, and they're still soft and gooey if you eat them when they're cold.

Lightly oil or spray dutch oven.
Place 12 rolls in prepared 12 inch or larger dutch oven.
Spray a piece of plastic wrap with non-stick cooking spray and place over rolls.
Allow rolls to thaw and rise at room temperature until doubled in size, about 3-5 hours.
In a heavy bottomed saucepan, combine ice cream, brown sugar and butter.
Heat over medium high heat, stirring constantly until mixture comes to a boil.
Let caramel mixture boil for 2-3 minutes or until light brown in color.
Pour all of the hot caramel mixture over the rolls in your dutch oven.
Bake for 20-25 minutes at 350 degrees or until they are golden brown on top and cooked through.
Immediately frost with packets provided with the frozen rolls.
Serve warm, prepare to die and go to heaven.