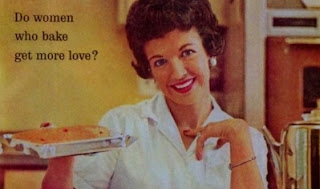 If you want to be the most popular cook at the buffet table, bring this spoonbread from French's to your next dutch oven gathering.  Be sure to print copies of the recipe because everyone will be asking you for it.   It is moist and light, almost like a pudding and the onions bake into the batter leaving a hint of flavor.  The cheesy, crunchy onion topping is the perfect combination with the creamy cornbread.  I forgot to get the Mexican canned corn and ended up making it with the regular variety and added chopped roasted red pepper, it was delicious.  Try it with the Mexican corn and a 4 oz. can of chopped green chilies instead of the red and green pepper for a south of the border touch.  Bake in a 10 inch oven with 10 coals in a circle around the bottom and 18 coals on top.  It did take a full 35 minutes to bake before I sprinkled on the toppings.  Unlike a true cornbread it is supposed to be soft, don't expect a tester to come out clean. This would also be a fantastic dish for the beginning dutch oven cook, mix it in a bowl, plop it in your oven and away you go.

Email ThisBlogThis!Share to TwitterShare to FacebookShare to Pinterest
Labels: Cornbread, Side Dish